Flips-ville/Squares-ville By Stan and Jan Berenstain

A Hilarious New Concept in Humor 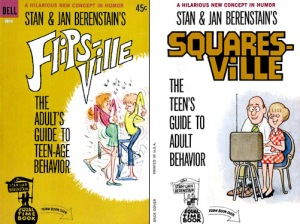 Last week (actually 3 weeks ago because WHAT IS TIME???) we looked at one of the oddball teen-oriented projects of the legendary Charles Schulz, who, despite his success in writing from a child’s point of view for Peanuts, seems to hold teenagers in contempt. This week, slightly racy topical teenage issues from a married couple most famous for a family of aggressively wholesome cartoon bears.

The cover announces that this is an “Equal Time” book- the gimmick is you flip it over to read the adult-or-teenage side, promising to explain things across the vast canyon of the generation gap. Like Warner Books much later Two By Two series, Dell doesn’t tip us off which side we’re supposed to read first, so I went with Flipsville, which promises to reveal teedom’s secrets to me, an actual adult. It is mainly fixated on topics such as sexual development in the adolescent: 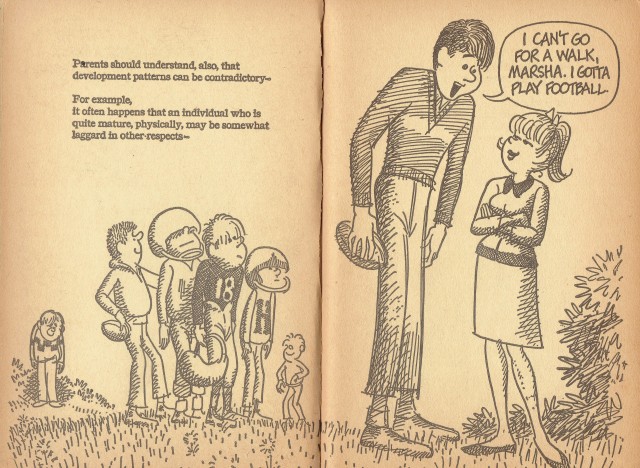 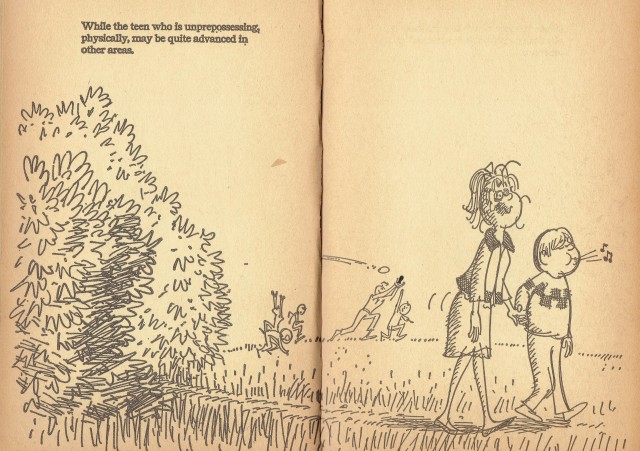 All of this is a little disorienting for the reader who knows the Berenstain’s work only through AGGRESSIVELY WHOLESOME CARTOON BEARS. 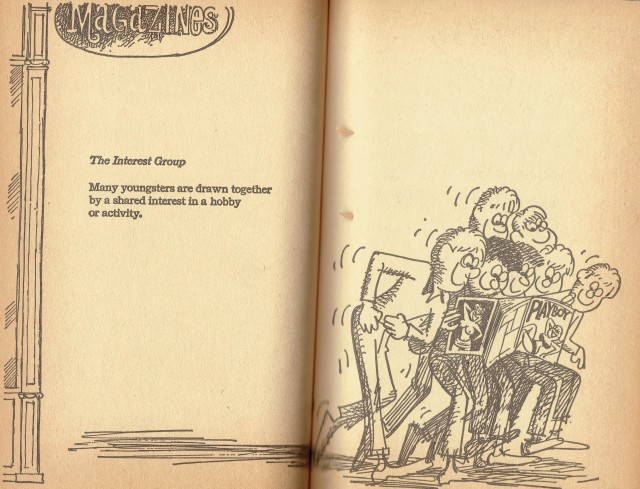 Is it funny? I mean, yeah? It kind of takes the observational family humor in the Erma Bombeck/Jean Kerr vein and runs it through Dave Berg’s Mad Magazine funhouse?

The “Flipsville” side is noted for two running themes: parents being horrified by the casual attitude of their teenage offspring towards dating, which is both disgusting and hilarious… 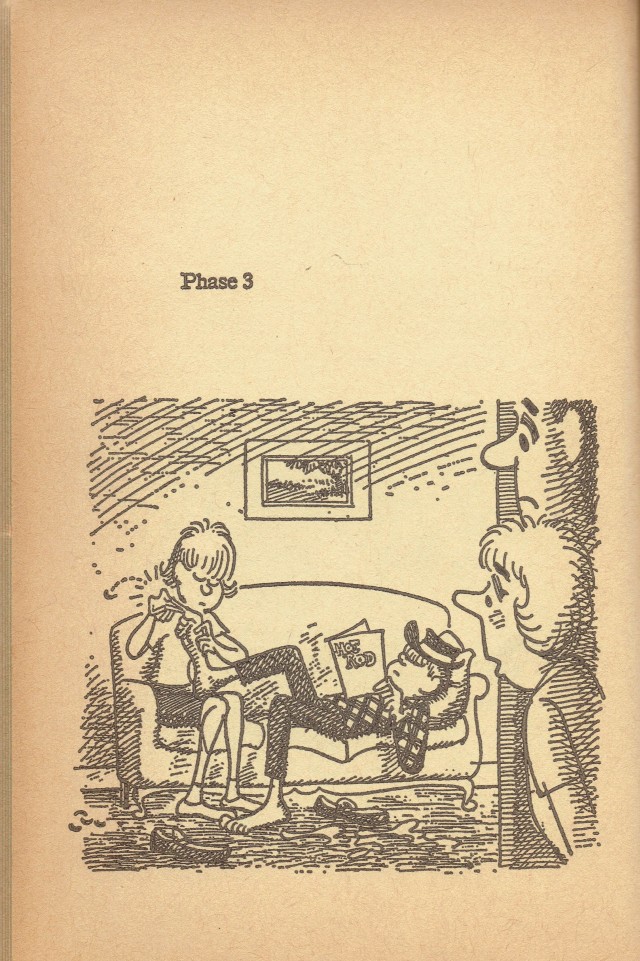 …And overzealous mothers trying to build up their daughters as Popularity Queens and sons as BMOC by Any Means Necessary: 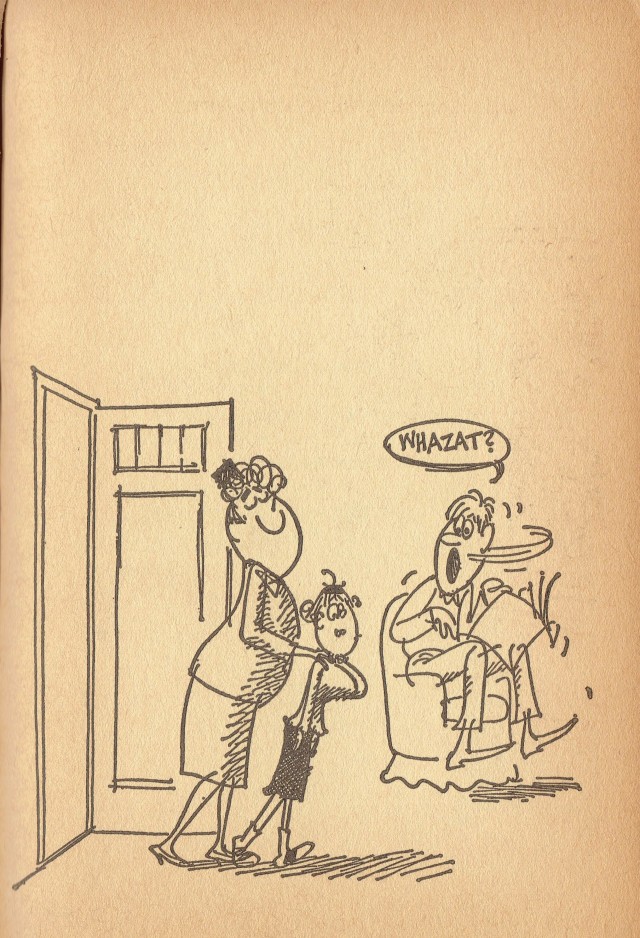 When we get to Squaresville, this will have unintended consequences (FORESHADOWING)

I feel like the adults get the worse portrayal in the Berenstain’s vision, and are all painted as deviants (sexual or otherwise)… 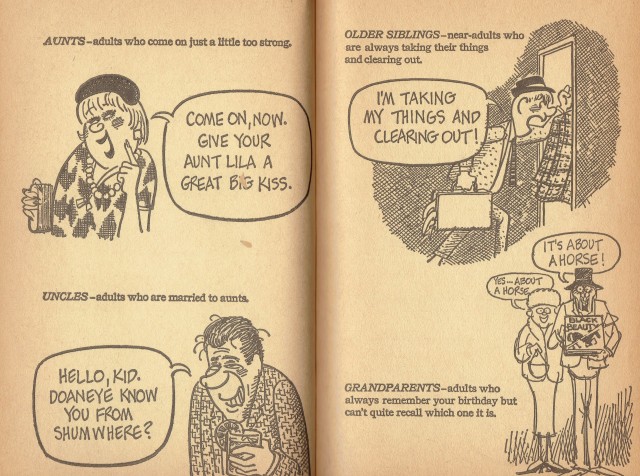 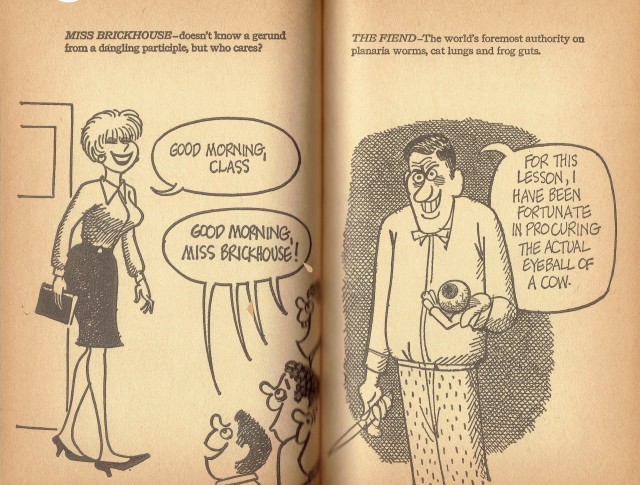 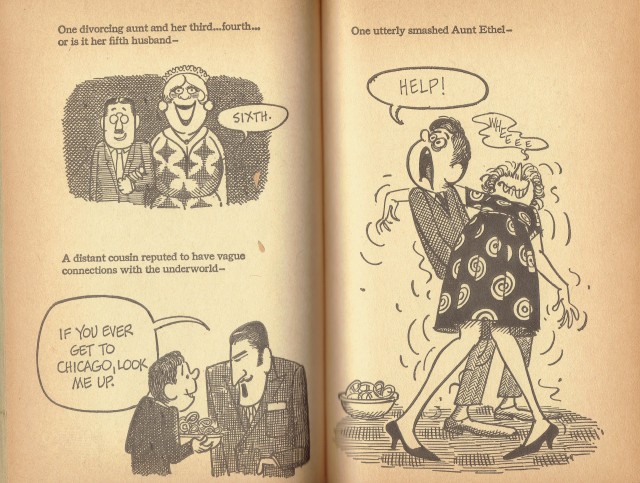 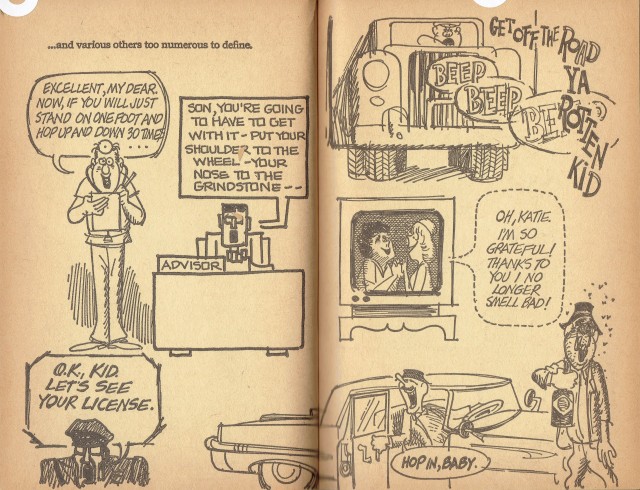 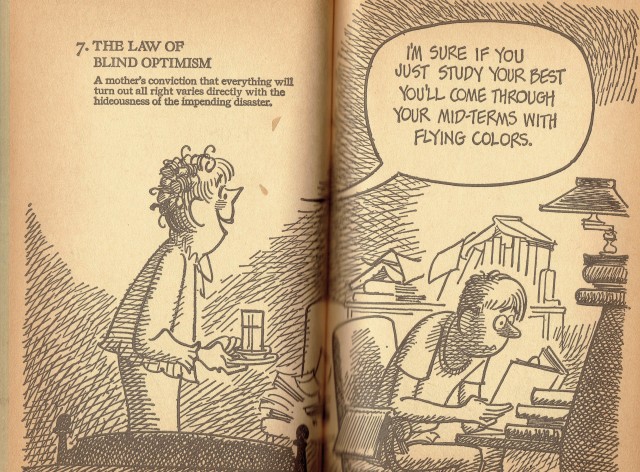 Squaresville concludes with the epic saga of a mother who devotes herself to transforming her daughter into the most popular girl in town, who is depicted as being basically Lee Remick’s aggressively baton twirling jailbait in A Face in the Crowd, and concludes thusly: 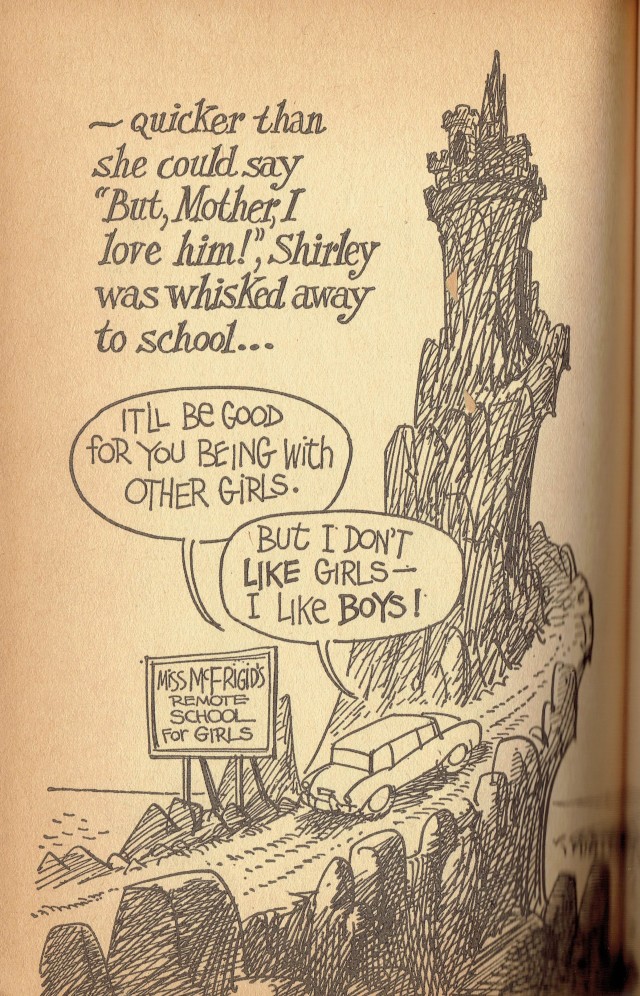 The Berestains themselves sound like they lived an aggressively wholesome life (they met on the first day of Art School, and upon graduation went to work for the Army doing graphic design during World War II); they wrote and illustrated scores of Berenstain Bears books for over 40 years, and after their death their son took over the family business, which may be the point the series got excessively preachy (and also published by Zondervan, the Christian publishing arm of HarperCollins).

This entry was posted in Vintage YA Fiction and tagged 1965, Author B, Dell, Family, Humor, Parents, Title F, Topical Issues. Bookmark the permalink.