Movie Madness And/Or Mania: The Late Great Me! Story Of A Teenage Alcoholic (1979)

A number of ABC’s Afterschool Specials (and CBS’s School Break Specials and NBC’s Special Treat) have been made available on YouTube; while usually associated with heavy-handed renderings of TEEN ISSUES (DRUGS! DRINKING! SHOPLIFTING! CULTS! ALL THE GREATEST HITS!) a number of these specials adapted contemporary YA literature, and not necessarily ones dealing with ISSUES…

…But then of course sometimes they DID.

We reviewed Sandra Scoppettone’s harrowing 1976 YA social-problem novel back in 2014; I was aware of a TV adaptation made as part of the seminal ABC Afterschool Special series, but until recently it hadn’t been available to view through any video streaming services.

Starring 29 year old Maia Danziger as 15 year old Geri (aged down from the book’s 17!), who jumps at a chance at a date with Dave, the new guy at school who hasn’t had a chance to realize that she and her friends are total dorks. One bottle of Annie Greensprings later and Geri is sliding down that slippery slope into teenage alcoholism.

Scopettone handles the subject with more ambiguity than her contemporaries writing on the subject (see: The Boy Who Drank Too Much, My Name Is Davy I’m An Alcoholic), in which after much tragedy, the main teen finds his (almost always it’s a he) way to an AA meeting and endeavors to turn his life around.

As I said, Scopettone’s book is harrowing in its descriptions of the physical and emotional toll of Geri’s drinking on herself and her family, including a sexual assault, her mother’s full-on nervous breakdown, and death by alcohol poisoning.  But it also dares to suggest that AA may not be a one-size fits all solution: Geri’s father is against her associating with the “bums” he believes to populate the meetings, and tries to convince her that all she needs is willpower; when Geri does attend a meeting, she finds that she has a hard time fitting in with the adult members who don’t relate to her teenage problems. By the end of the book, Geri views AA not as a cure-all, but a better-than-nothing.

Adapted by ABC as part of its Afterschool Special anthology series in 1979, it tones down some of the more extreme aspects of Scoppetone’s story: Geri’s rape, her mother’s breakdown, the death of Dave’s mother, the physical fight with her Shop teacher are all out, along with a lot of the depiction of the physical effects of drinking on Geri’s health (although it does include an impressively off-putting scene in which Geri has a hangover with dry-heaves).

What they do manage to keep in is the general cruddy feeling of the book (the wood-paneled, earth-toned sets help) and at least a little bit of the uncertainty that treatment programs designed for adults can meet the needs of teenagers. Overall, the arc of the plot mostly follows the book.

Opening with Geri preparing to address an AA meeting, she recalls a year earlier, when fellow loser-friends Carolyn and BJ are constantly criticized by Geri’s popularity-obsessed mother, who lavishes attention on older brother Jack (played by Al Corley, future original-Steven Carrington on “Dynasty” and probably the biggest name in the cast); she is thrilled when Geri is asked out by hunky new guy Dave:

As in the book, Dave has a sixth sense for picking out the “juicers” at school, and soon Geri has found a new group of friends to run around with. Things initially take a bad turn when art teacher Ms. Laine notices that Something Is Up and tries to get Geri to talk to her; later Geri and her new friends will run into Ms. Laine at a restaurant with a date and harass her, including throwing a shoe at her gentleman-friend (!)

Things escalate. Geri starts blacking out and calling people in the middle of the night, having no memory of doing so in the morning. Her parents discover the extent of her drinking when her shop teacher intervenes to prevent her from cutting off all of her fingers with a power saw.

As in the book, her father is dismissive of AA, but Ms. Laine (having revealed herself as a recovering alcoholic) eventually takes her to a meeting:

But the message doesn’t take the first time, and at some point later Geri is seen celebrating her birthday with her juicer friends, assuring them that she has her drinking under control, saving it for weekends and “special occasions”. Again blacking out, her friends dump her in her front yard, and she decides to take the family station wagon for a joyride, crashing it into a construction site. Badly injured, she calls Ms. Laine from a payphone, who takes her home and deals with her parents.

Geri’s father blames this whole mess on Dave (who by this point is looking impressively haggard) and orders Geri to “get rid of him.” Dave reiterates his plan to quit drinking on his 18th birthday (another plot point carried over from the novel), and doesn’t seem all that broken up over Geri dumping him.

We then return to the present, where Geri is addressing the camera at her AA meeting, where she admits that she was drinking for the feelings of false confidence and her hope that she can learn to accept herself as enough: 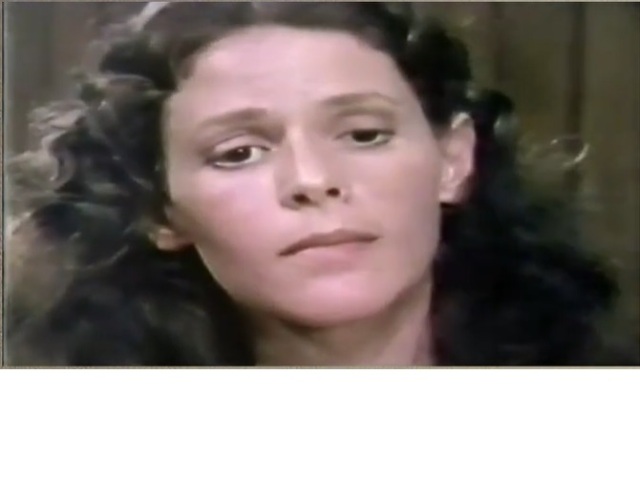 I didn’t take a lot of stills from the film, because it mostly consists of close up of people talking to each other, which seems to have been the house style for these specials.

While IMBD lists the running time as 45 minutes, presumably to fit into a 60 minute timeslot, the version that is streaming on Youtube runs 70 minutes. The Turner Classic Movies database lists the running time as 90 minutes (including commercials?) As I have mentioned, I believe that many Afterschool Specials (and CBS School Break Specials and NBC’s Special Treat) were issued on 16mm film for schools and libraries, and it’s possible that one version or the other was edited for runtime or content.

A note on the version currently available on YouTube: it has an annoying graphic frame around the video, but it is still watchable; while it has fade outs that are clearly intended as commercial transitions, no commercials are included.

This entry was posted in Movies and tagged 1979, Alcoholism, High School, Topical Issues. Bookmark the permalink.

4 Responses to Movie Madness And/Or Mania: The Late Great Me! Story Of A Teenage Alcoholic (1979)